Monday- Ask your child to make different rockets out of playdough or strips of​ paper. Can they make a long rocket? A short rocket? A thick rocket? 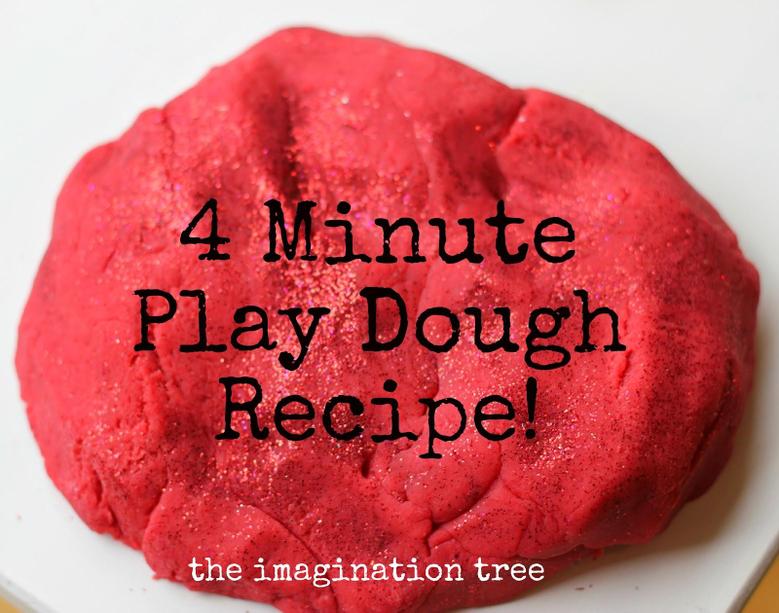 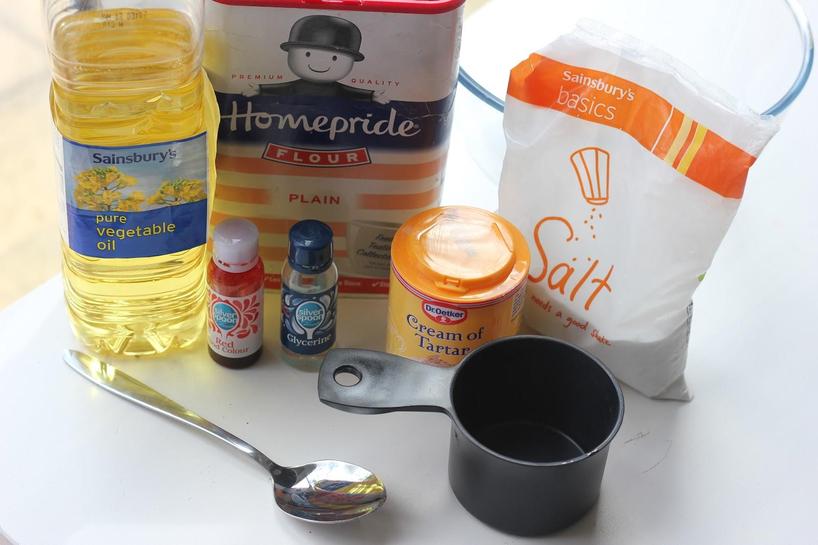 Mix flour, salt, cream of tartar and oil in a large mixing bowl

Add food colouring to boiling water, and then add into dry ingredients.

Allow to cool down then take out of bowl and knead it vigorously for a couple of minutes until all the stickiness has gone.

If it remains sticky then add a touch more flour.

Tuesday- Your child can compare objects from around the house or outside. Ask​ them if the object is longer, the same length or shorter? Order the objects.

Finding things that are Longer and Shorter.

Who has the longest feet?
Who has the shortest hand?
Wednesday- Work with your child to design a rocket using different 2D shapes.​ This could be done with 3D shapes if you have spare boxes and resources at home. 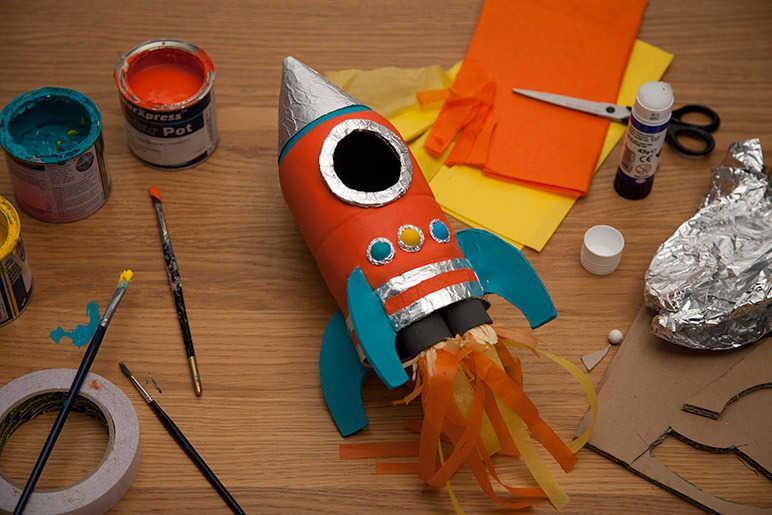 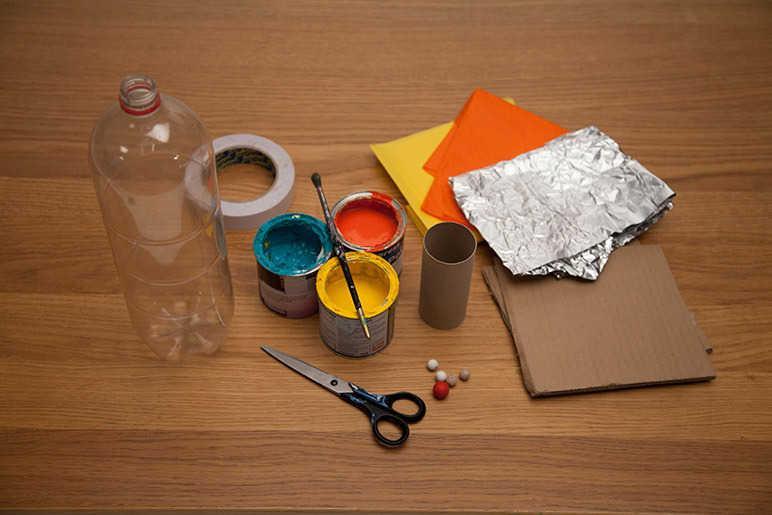 The first thing you’ll need to do is construct the main body of your ship, to ensure a comfortable flight for all space explorers. Cut completely through the bottle in a straight line about three-quarters of the way down from the cap. Next, draw a circle on one side of the bottle near the top using the marker pen. Carefully cut out this circle. Remember to assist young astronauts with the scissors! 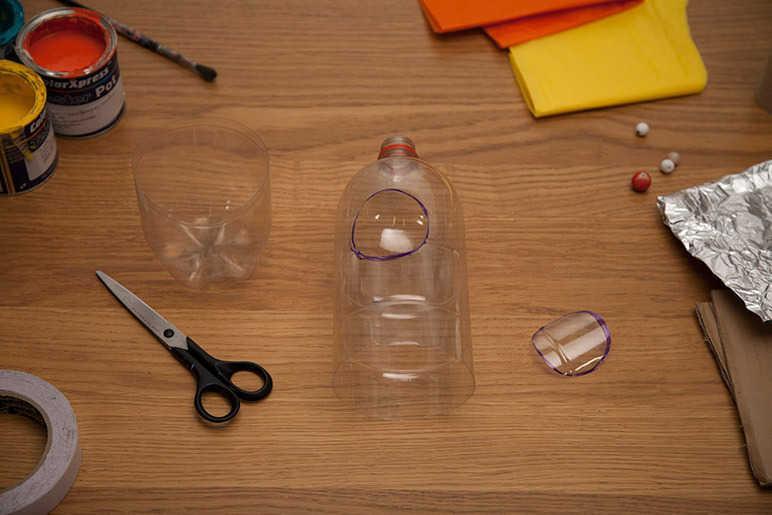 Now to make sure your rocket is built for speed. Take the pieces of cardboard box and mark out four matching fin shapes. Now draw two concentric circles on the cardboard, one slightly smaller than your discarded circle of bottle plastic and one slightly larger than it. You should have created a roughly 2cm thick ring which will form your rocket’s window frame.

Carefully cut out your fins and window frame. Next unravel your toilet roll tube and reshape it into a nose cone as shown. Secure the cone over the bottle top with tape. Cut two small lengths of your thicker cardboard tube to form thrusters

Next to make your spaceship stand out from the crowd. Wrap the nose cone in tin foil and tape it down. Do the same with the window frame. Paint the body of your rocket and your fins in colours of your choosing, and paint the thrusters black.

Nearly done. Using the glue stick, attach the window frame, fins and thrusters to your rocket body. Stick coloured beads to the rocket to create lights, and add any further decorations you want – such as go-faster stripes – using strips of tin foil. 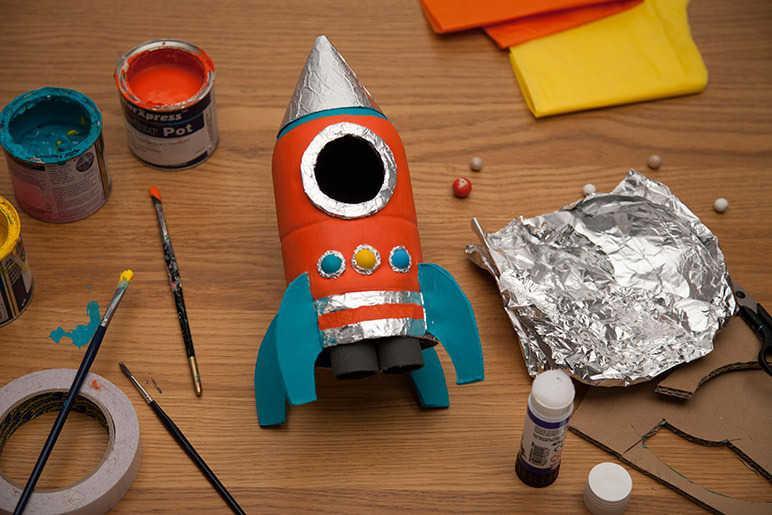 Finally, it’s time to blast off! Cut strips of red, yellow and orange crêpe paper and glue them into the ends of the thrusters to create a fiery trail as the rocket soars upwards. You’re ready for orbit.

Thursday- Ask your child to use Lego, blocks or cardboard boxes to build a tower​ that is the same height as them, taller than them and shorter than them.

Can you make a tower that is taller than you? 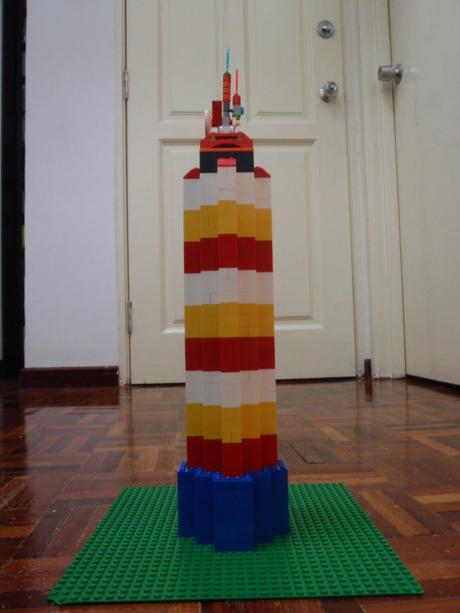 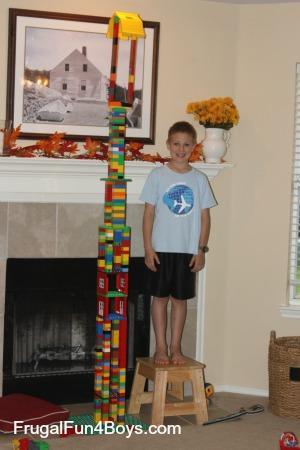 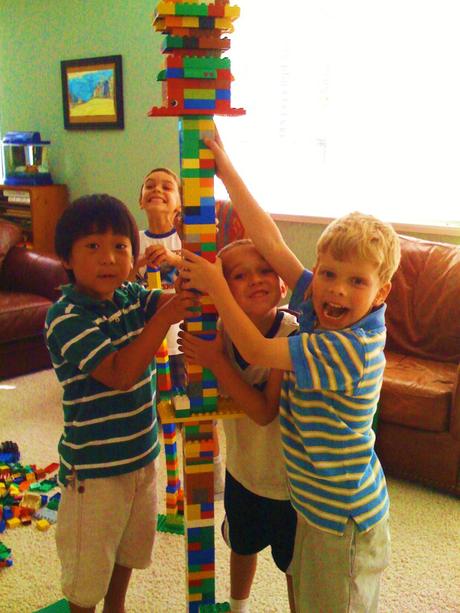 Friday- ​Play the online game ​Let’s Compare​. ​Following this, your child can sing the song ​Short or Tall​.
Top