A Gallery of Golden Sticker work

When we are in school, Mrs Hedges and Mrs Seymour give out Golden Stickers to children who have done a piece of work so amazing, that it has blown their teacher's socks off!

Well done and congratulations to all these amazing children:

Iman year 4 for her amazing RE work

Aryan Year 1 for his super effort and motivation for the last term and amazing times table work.

Rayan Year 1 for his super effort in reading, phonics and this brilliant Maths work.

Yuvraj Year 3 for a great leaflet about the Romans.

Eliza Year 4 for working so hard at her maths

Alaynah Year 3 for an incredible presentation on Sweden

Saffa Nursery for making a super rocket and moon

Yusra in Reception for her amazing phonics work. 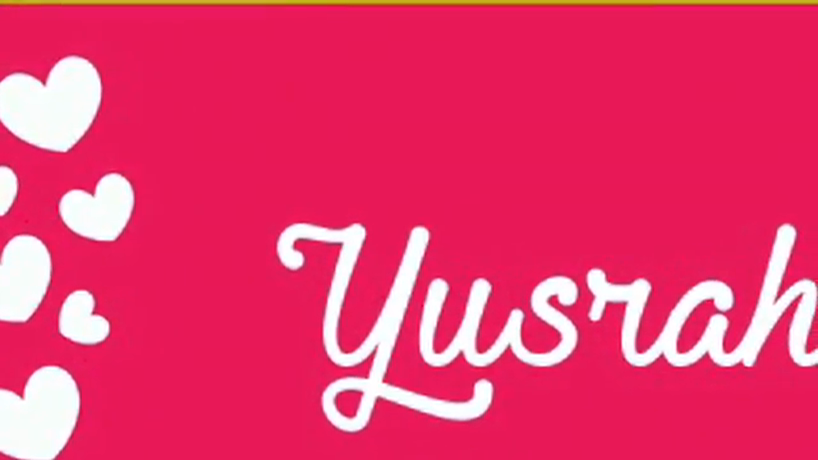 Yaqub Year 1 For doing some brilliant work about what would happen if you shrunk!

Hafsah Year 5 for some great history work about medieval Birmingham

Ameera Reception for trying out some Year 1 challenges and doing brilliantly at them.

Alaynah Year 3 for super work on parallel and perpendicular lines.

Gurleen Year 3 For writing a brilliant playscript based on Spartacus

Aminah Year 1 for working so hard at home all the time.

Aisha Nursery for working hard all of the time and creating a whole table top display for 'Room on the Broom'.

Saad for an excellent piece of writing about a made up creature using interesting adverbs.

Interestingly Rhiswanozebtahs have two pair of breathing organs;gills and lungs. Furthermore they live on land and under the sea which means they switch between the two organs so they can breathe in their environment.

Rayyan Nursery for working so hard at home by writing, doing role play, and even cleaning!

Ismail Year 5 for fabulous writing about a made-up creature and also for the amazing butterfly feeders to encourage pollinators to the garden.

Muntaha Nursery for doing such super work and creating a beautiful ladybird.

Mahib Year 6 for showing such a good work ethic when completing all of his work on Black Lives Matter.

Danny and Susie were bored it was a miserable, wet day and they had nothing to do their parents were both busy at work so they had to stay home alone. As rain dripped on to the window pane, Danny thought of an idea of looking in the attic to see if there were any board games to play with so they both set of. As they entered the creepy, dark attic nothing was found just blackness everywhere but after a while of searching Susie spotted a big brown box and inside was another box called quests and Tasks.

" Iv'e never seen a board game like this." said Susie.

" Me too replied Danny." I don't think we should play it looks terrifying.

" But this is our only choice there are no other games we can play and I'm really bored." said Susie.

"OK OK! if you insist but if something bad happens its you fault deal. "

" Deal replied Susie as her spine shivered in terror.

So very carefully they lit a tall, slim candle and started to set the game out. Susie read the instructions of the game and they started to play Danny ,who was 8 years old, went first he rolled a 3 and moved his dice his task was to find six 6 slugs and eat them but Danny didn't accept the challenge as he hated slugs more than ever next Susie rolled the dice she got a 6 her task was too get 1 bar of soap and eat it still she didn't accept the challenge.

" The tasks in this bored game are really weird." said Susie

"I know they are I told you we shouldn't play this game." replied Danny with anger rushing through him.

But Susie still wanted to play. Next it was Danny's turn he rolled a four and moved his counter four spaces on the board his task was to turn on the taps of every room of the house and let he house flood with water.

" No way i'm not doing that Mum and Dad will be angry at us and punish me." said Danny who was now frightened.

It was already to late though Susie and Danny had denied the following tasks 3 everyone knew what would happen if you denied them danger would come at that moment the floor started to shake the boxes in the room began to fall apart and Danny ans Susie Didnt know what was going on.

In the blink of an eye, A crocodile as long as a tree trunk came and crushed the wall

They ran as fast as they could down the stairs but the crocodile was to fast for them and almost bit Danny but suddenly they both vanished into a land.

"We have vanished into another world of course." replied Susie

" Its all your fault were here." yelled Danny

Suddenly a voice came out of now where it said if you want to get out of this world then you have to complete an adventure they are 4 stages and by every stage there will be a sign telling you what you have to do if you do not succeed the tasks you will die in pain good luck.

"That's weird but we have to complete the challenge to escape." said Susie.

So carefully the read the 1st sign it said they had to walk on a rope and underneath the rope was a river of burning, hot lava.

very carefully they both set of on the rope with Danny in front and Susie behind him they both were steady at first but Danny slipped over his shoe lace and fell luckily Susie grabbed hold of his foot.

"I'm not doing that." said Susie in horror

" but you have to or else you'll die in pain." replied Danny

Feeling nervous, they both jumped in the blue clear sea there were sharks Chasing after them but there was a trap Susie got caught in a net and was trapped

At first Danny was lost for words as he didn't have anything to free her with but he remembered his dad game him a pocket knife to use in emergencies so very carefully he cut the net and freed her together they both swam to shore.

This was the moment of truth were they going to escape? this long lost world the last and final task was to run through QUICK SAND

"YAY!" they cheered in excitement they finally made it and were now at home.

As soon as they got home they quickly closed the lid of the game took it outside and buried it under the apple tree they would never play that game again. Just in time there parents came home but they never told them the adventure of tasks and quests.

Abhinandan Year 3 for writing such a moving and thoughtful prayer.

Marcel Year 2 for an amazing composition.

Ifrahim Year 3 for putting so much effort into English work and choosing really ambitious vocabulary and conjunctions.

Aryan Year 1 for an amazing leaflet.

Yahyaa Year 4 for a brilliant letter written in response to a story.

How are you? I hope your ok and having a good time, unlike me.

Since I have moved away from my lovely house into this very small house I have been miserable.

I have no friends nearby to play with or to talk to. I know nobody here.

I miss my mum even more because I have no memories of here in this house and I did have so many in the old house. This house feels strange and uncomfortable as I have nothing from my childhood here. I can feel dangers and there’s lots of strangers. My neighbours are annoying actually they are very horrible and mean.

I really miss you Bert. I wish you were here.

Zayyan Year 1 for making an amazing sunflower from things he saw or found in his garden.

Aleesa Year 1 for her fabulous flowers.

Sara Year 4 for an excellent presentation of the water cycle.

Safurah in RH for her lovely painting using the outdoor space.

Aadam in RH for his amazing number sentences.

Adam Year 3 for designing a great leaflet all about the Romans.

Aadam, Nursery for his fantastic writing.

Amelia Year 3 for creating such an amazing Roman fort

Miah Year 1 for a fabulous drawing of a summer dragon.

Amelia Year 3 for writing such a beautiful and thoughtful prayer.

Sara Year 4 for her art work.

Ehan Year 3 for his abstract self-portrait.

Aqsa Year 6 for working so hard at her maths work.

Ismail S Year 5 for his amazing newspaper report of the moon landing.

Josiah Year 3 for a great job of editing and improving some simple sentences.

Zayan Year 5 for an amazing newspaper article on Neil Armstrong.

Aaira Reception for such neat writing and great phonics work.

Fayzan Year 6 for writing such an amazing story about a portal.

Adam Year 3 for using such an impressive range of vocabulary when writing about his creature.

Gurleen Year 3 for building brilliant sentences based on the story of the Black Cat.

Rayyan Reception for working hard on his sentences.

Habib Year 4 for a great poster all about Spain.

Aizah and Eshaan in 3K having a go at using the bar model to show multiplication.

Amelia Reception, for working so hard on her weekly journal.

Wajeeha Year 6 - For getting all of these maths questions right and they are really hard!

Huzaifa Year 2, for working hard at all of the tasks set for him.

Ashlee Year 6 for her most amazing poem.

The door of endless possibilities-poem

When I was only four

I wandered what was behind the door

Mother and father told me about it

But I never ever got round it

But who to believe

Only I could know if I went past Eve

Eve was a dog

She guarded the door

With all of her paws

But not to fast

I didn't want to hit the cracks

The knob was cold

I could not wait what my eyes would behold

With a small turn

The door opened in just a tick

My eyes acknowledged the room

Looking in the corners for any clues

Sucked me into a machine

I have never found away to escape

But maybe just maybe you can take my place

Sienna Year 6 for a brilliant presentation.

Aisha in Nursery for her brilliant writing in the role play. First ever Golden Sticker for Nursery!

Japdeep Year 3 for a beautiful poster. It really shows what we cherish and value at St John's.

Aryan Year 1 for making a brilliant video about his castle.